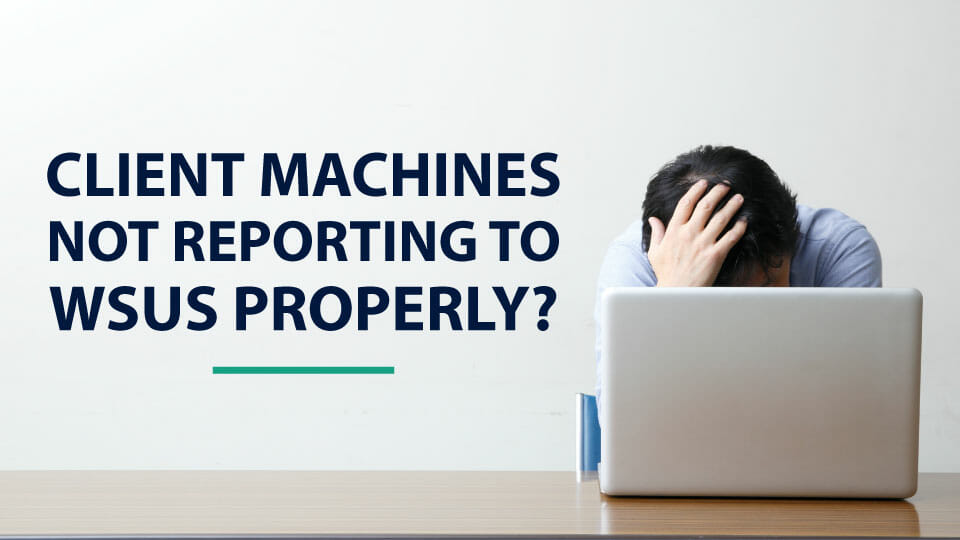 Use the following PowerShell to pull all the properties and values from the WindowsUpdate registry key and AU key.

Use the output to not only inspect the UseWUServer value and make sure it’s set to 1, but also to check for any errors in the URL (which CANNOT HAVE a trailing slash on it).

The easiest way to fix this (you can’t easily tell without doing wireshark captures) is to run a WsusUtil Reset which will go through all files, confirm they are not corrupted and missing, and ONLY download or re-download missing or corrupted files from Microsoft.

Unfortunately, you can’t tell how much progress has been completed, or what has been done, or when this is finished. It is best to assume it is going to take a full 24 hours (longer if it has to download a lot of data and you have a slow connection).

How to Setup, Manage, and Maintain WSUS: Part 1 – Choosing your Server OS

How to Setup, Manage, and Maintain WSUSIn this 8-part series, we will go over a good strategy on setting up Windows Server Update Services (WSUS) and managing it using test groups approval processing, and more. Sometimes WSUS may also be referred to as Windows Update...