WSUS System Requirements – What Should I Plan For?

Home Blog Guides WSUS System Requirements – What Should I Plan For?

Microsoft’s official system requirements are a good starting point, however, they don’t give you the full picture. Let’s look at this one by one.

So, 1.4-2.0 GHz is already in play by pretty much every single processor out there for any system that was built within the last 10-15 years. You’d be hard pressed to find a system that is less than 1.4 GHz. What Microsoft hasn’t done in this specs sheet is factor in the multi-core, hyper-threading and virtualization techniques out there and created recommended specs for those. WSUS is a CPU intensive service in comparison with RAM. When in a virtual environment (we should all be thinking virtual as a standard and physical only when there’s a business need – and we’ve never seen a need for the WSUS services to be on physical), we at AJ Tek recommend that you use at least as many vCPUs as the processor has cores and a maximum of as many vCPUs as the processor has in threads but take care not to cross CPUs on multi-processor systems. So taking an example that shows what we mean, an Intel Xeon E5-2690 has 10 cores and 20 threads that it can use. In this case, you would want to assign 10-20 vCPUs for the virtual machine that holds WSUS, and if the system was a multi-processor system with 4 processors, you’d still want to assign a maximum of 20 vCPUs so that you don’t cross into using the other CPUs. This is a guideline for physical systems, not ones in the cloud like Azure or AWS where you have to pay for virtual processors.

Memory: WSUS requires an additional 2 GB of RAM more than what is required by the server and all other services or software.

2 GB more than what is used by the OS is very little RAM, however, as mentioned above, WSUS is more CPU intensive in comparison with RAM, so if you are following the guidelines above with CPU, your system can process more faster freeing up RAM faster. We recommend for a smaller outfit that you allocate 4 GB of static RAM for a dedicated WSUS server. Static, in regards to virtual machines is preferred if you have a small outfit as the VM doesn’t have to allot resources to growing and shrinking RAM. If you have another set of services on the server, increase the RAM accordingly. If this is a larger implementation, dynamic RAM with a minimum of 8 GB RAM is adequate.

Let’s be real. These numbers are ridiculous. Ridiculous because most people who are running WSUS will be storing updates locally. The 10 GB minimum is a great starting point for WSUS servers that are NOT storing updates locally as it will just be storing a database that holds the WSUS metadata. 40 GB or greater, in actuality, covers Microsoft with the ‘or greater’ clause. With a single client OS and a single Server OS and nothing else but security and critical updates, it is possible to come in at less than 40GB – so long as your system is clean, optimized, and maintained. Realistically, a data store of 85-150 GB is average for a business as long as it is maintained with all classifications checked with only the products checked that are in your network. If it is not maintained, we’ve seen it grow to well over a terabyte – a terabyte that easily can be recovered if you WAM your server.™

1 Gbps or greater should really be used (on a 1 Gbit or greater switch port) as these days 100 Mbit in most places is relatively cheap to upgrade to gigabit speeds.

Application Pool Settings: This is defaulted to 1.8GB by Microsoft.

If it is already 12GB or higher, set it to unlimited:

Is WSUS Worth It?

WAM is Always Being Updated and We Offer Prompt Online Support

RSAT Tools on 1809 And Higher, Other Features On Demand AKA Optional Features 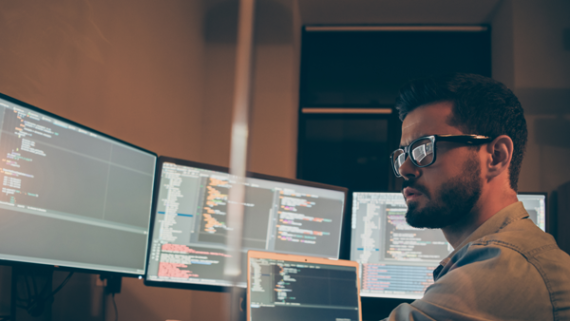 How to Clean Up WSUS Database?

How to Setup, Manage, and Maintain WSUS: Part 6 – Selecting your Test Systems & The Approvals Process

Why WAM is Only Available for Purchase by Credit Card